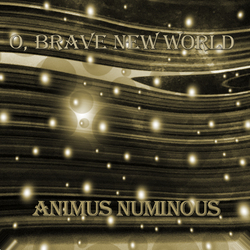 "O, Brave New World" is a blend of progressive rock and progressive electronic music. It is a purely original creation.

As music reviewer Andre Avanessian writes: "Serving up a cosmic injected cacophonous whirlwind of blistering lead guitar, wild sound design, and sheer bold inventiveness, 'O, Brave New World' is unlike anything you've most likely experienced before. Steven Lance's music doesn't adhere to any one particular musical style and it's safe to say that this is a genre in itself. I'll always commend artists who aim to push their musical boundaries, and Steve is doing just that whilst courageously turning his head away from the usual and expected genre conventions that we have become so accustomed to as listeners."

Music Reviewer Jon Wright states: "...the soundscape is filled with strong electric keys and the full color and grit of Tom Desisto's electric guitar, the two mid-range instruments playing off of and into each other with chaotic and chromatic figures that dance in and around the established pulse of the tracks. Anchored by briefly repeating rhythmic and melodic themes in the lines being carved out by keys and strings, the chaotic texture swells and fades in complexity throughout the experience, granting artistic tension and release on an axis most commonly associated with 12-tone and avant-garde composition."