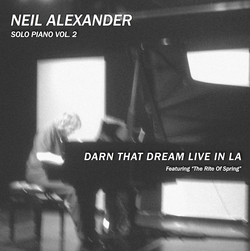 About my solo piano rendition of Igor Stravinsky's classic work: I've played the 4 hand version this piece many times, but in the early 90's I became obsessed with wanting to perform it by myself. I finally completed and premiered the arrangement in 2001. Over the next few years I performed it multiple times but it wasn't until the advent of the 100th anniversary of the work's premier that my wife Nita Sutton developed a tour concept called "100 Years of Spring", bringing grand pianos into farm markets and other alternative spaces along with more traditional venues. The recordings on this CD represents a performance from that tour. About the recording: There is a tendency now to perfect classical recordings by means of editing. In the interest of preserving the feel of the performance I have chosen to use only minimal editing of this recording. The astute listener may notice minute errors in the execution of "Le Sacre", but I deemed these inaccuracies acceptable in a live context. credits released March 13, 2018

How to buy Solo Piano Vol. 2: Darn That Dream Live in LA