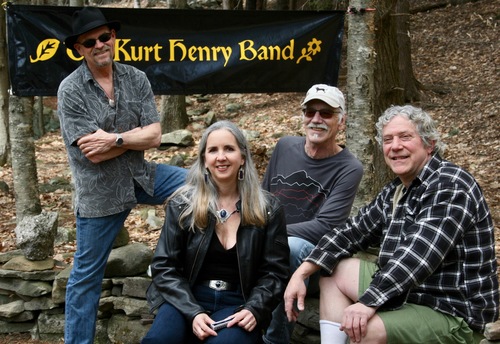 DOG KNOWS!--the softest band with the biggest sound-- consists of Kurt, whose forty years of combining words music and guitar styles have established him as a leading example of the Catskill Alternative sound, joined by fellow former Wombler, Alan Groth, internationally acclaimed drummer Eric Parker, and twenty-five year singer/life partner, Cheryl Lambert. This is a band that won't compromise on substance, style and riveting musicianship. In the year 2000, Kurt, Cheryl and Alan were joined by veteran producer and guitarist/mandolinist, Steve Burgh (Billy Joel, David Bromberg), who supported Kurt's return to electric guitar and worked as a partner - up until his death in 2005 - in refining what he referred to as the "Catskill/Woodstock" sound. The album "Love's Enough" captures the quintessance of that sound and introduced the original members to one of the region's best-loved aces, drummer Eric Parker (drummed with Steve Winwood, Joe Cocker and many other luminaries). Music that was known for its ability to move hearts and minds now began to move FEET.. The CD,"From Our Religions We'll Be Free," broke the band out of the tired Americana genre into new territory, as did Kurt's increasingly improvisational guitar playing. Fans of The Kurt Henry Band knew the stories of the narrative songs from the CDs, but now their bodies automatically knew the familiar grooves of rock, reggae, rockabilly, samba--you name it. The CD "Flaming June" was released in 2017, and the renaming of the band to DOG KNOWS! in 2019 led to a "best of" CD "Catskill Dogs" in 2020. Every night is a fresh start for the tightest band that refuses to over-rehearse--or even rehearse at all. Hey it's more or less a trio! This is tight--only somewhat scripted--this is Kurt Henry--writing, rocking, improvising--and doing it at a volume that pleases audiences.

CDs by The Kurt Henry Band