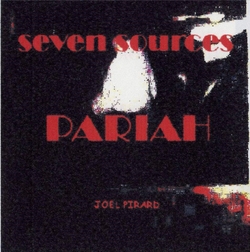 This cd consists of several tracks that were written in other bands but never released or recorded. Mind Games, Head Games was originally written in a band called Tombstone, They Were Children Too was written for Avalon USA, and the song, Seven Sources was written in the band Orion, but only performed 3 times, and then done in the band Alaska after some extensive re-arranging. The rest of the tracks are new.

Look In The Garden is dedicated to Shannon Wright, killed in Jonesboro, Arkansas in 1998, while trying to protect students under fire from their own classmates. A long time ago. Sadly this still happens.

Shelter In Place is an instrumental recorded because of the pandemic lockdown.

How to buy Pariah