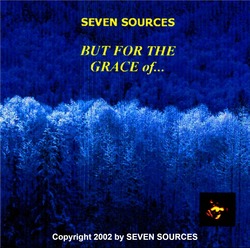 So far Away
Who Can Say?
But For The Grace Of...
Rock (progressive), Rock (classic)
by Seven Sources

About SEVEN SOURCES aka Joel Pirard..
Formerly a part of New Jersey based prog band ORION, later AVALON USA, Joel began looking for an outlet to keep making original music,Years of culling and developing has yielded lot of material, some makes up the only studio recordings of certain ORION songs, some made their way the Jester's Promenade & of JDA PROJECT . He lives music "it is as necessary as breathing" 'BUT FOR THE GRACE OF' IS THE 1ST

How to buy But For The Grace Of...