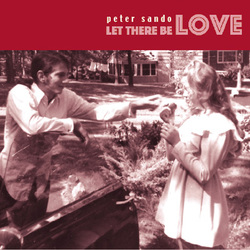 Let There Be Love
Singer-Songwriter, Rock (classic), and Pop/Soft Rock
by Peter Sando

The third solo release from Peter Sando, singer/writer from 60’s classic psych group Gandalf, brings us 12 new original songs. Highlights are Captive’s Choice, which examines the phenomenon of white children captured by Native Americans at a young age and assimilating into their culture; and The
Beginning of the End, a stark warning to future generations of the consequences of income inequality and climate denial. Also featured is a stunning tribute to songwriter Tim Hardin, cowritten with Jack McMahon

How to buy Let There Be Love

Also available at: On iTunes and all major streaming services