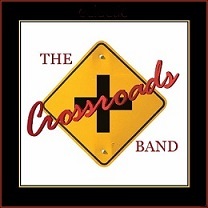 The Crossroads Band is a mixture of blues ,rock and country,playing covers and originals.The band currently has three original CD's; eclectic,Heading South and Crossroads which include songs featured on primetime network TV including "Orange is the New Black" on Netflix, "Castle" ABC, "The Mentalist" CBS and also Paramount Pictures "The Guilt Trip" starring Barbara Striesand and Seth Rogen. CD's available at CD Baby, Amazon.com and at many download distributers including iTunes, Napster,Rhapsody, Best Buy,and Verizon .Visit us at www.crossrdsband.com . Band members are: Tony Merando vocals and acoustic guitar, Australian/Texan Ben Ribble on electric guitar,Pierre Le Henaff , Jeff MacAulay on bass, Claude LeHenaff on drums and Tom Ayers on keyboards ,both whose credits include three Billboard top 40 hits on Millennium/ RCA with the group "Franke & the Knockouts" including a top #10 with "Sweetheart" and Claude also on Casablanca/Polygram for Crazy Joe and The Variable Speed Band's "Eugene" album. The group would like to thank all of the radio stations, review writers and especially the fans (here in the U.S. & World Wide) for their support.