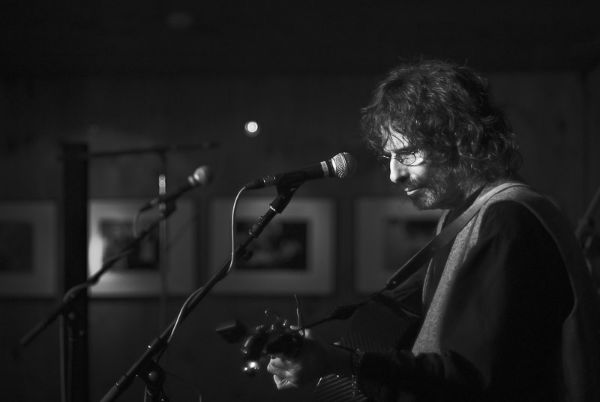 In the rush of images and memories that came with the news about Levon, personal and universal, was a ghost parade of songs, each touched alive by the mere thought of them. The Band classics, of course, Levon’s solo flights-in a flash of bittersweet reflection, his “When I Go Away,” for instance, and, in that mix, a tune about a down-home tradition that fine Arkansas lad brought up to the region he chose to befriend....”Ramble In the Pale Moonlight.”

That song, written in honor of Levon and the legendary musical “rambles” at his home and studio in Woodstock, is sure to be on the agenda when its authors, Charles Lyonhart and George Quinn make a first-ever appearance at the Rosendale Café with guitarist Brian Hollander at 8pm on Saturday, May 19th.

This trio, geared for a more intimate presentation of Lyonhart’s songs than usually rendered by his popular backing band The Junkyard Angels, each have a link and lost friendship with another departed and sorely missed local legend, John Herald, of whom the New York Times erroneously stated in John’s obit almost 7 years ago, aside from a former wife, left “no immediate survivors.” Not so. John is survived by a stretching expanse of influence.

George Quinn’s bubbling bass was a key part of the John Herald Band in its heyday and Brian Hollander, aside from sitting in for a number of worthy musicians in live performance and a few other chores he somehow finds time for, carries on in Catskill Bluegrass tradition as a mainstay in the Saturday Night Bluegrass Band. Lyonhart, however, although a close friend of Herald’s, carries his own traditions of style which can range ride a wide borderland of categories, often finding focus in decisive moments, at crossroads, upon clutches for balance while rising after a fall, in blinks of wonder at unexpected ironies, in hazes when he didn’t feel solid enough to cast a shadow, around pangs of diverging emotion or any deep sensory spike in the scale of human experience, They mirror the landscape of life.

Another legendary musician, Greg Brown, once described himself to me as a “songster,” at home within a variety of dressings, however outfitted, it is the song in the center that moves the moment and Lyonhart, as well, can be defined as a songster. From the nervous optimism of the John Herald-inspired “Leap of Faith” to the seething resentments of a sliding American future in “Welcome to the Third World,” a fresh song which may see its public debut on Saturday, Lyonhart’s distinct voice airs those frequently unspoken stirrings of midstream impression as we find our way through the day...or night. 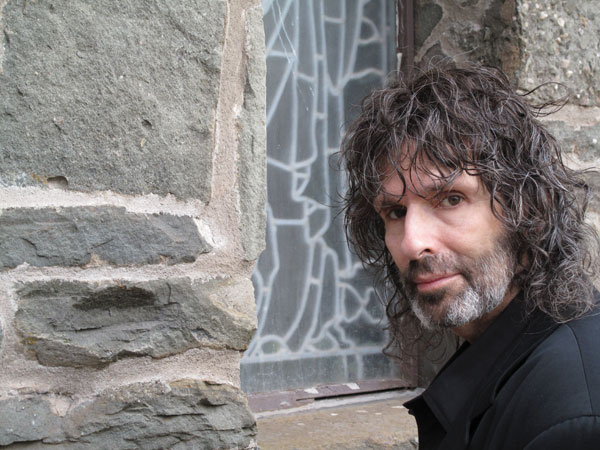 Lyonhart’s own flirtations with dark pockets at the edge of being began with a troubled family life and broken home in the Bronx, a couch-drifting semi-homelessness as a metro-youth and a lengthy bout with drug addiction which he weaned himself from only when he found opportunity and self-determination joining hands. The opportunity arose with an experimental Beth Israel methadone program which allowed him a once a month pick up instead of the standard drink your-maintenance-dose at a window every other day and a successful control over self-detoxification at his own pace that was remarkable enough in addiction that medical experts wanted to ship him to Washington for tests and close study.

It was during this sensitive twilight of disengagement that he found a greater depth in his music and a quality of expression which gravitated some of the finest musicians in the area to his sessions. At one point in his career, Lyonhart was playing with nearly every member of Bob Dylan’s back-up band.

While not the typical background to spawn the kind of creativity his musical trail has followed, it seems to have traveled in step with a kind of brooding Russian intensity which may have floated in from his birth name of Lishnov. While relationships may have fed a stream of insights into his songs, they have yet to fully heal the saddened wounds of disappointment in people losing their humanity to the daily desperations of life that still tints his worldview with traces of a kind of fatalism in the corners of many of his songs. Even after a dire stretch of illness and a successful liver transplant, Lyonhart has his music as the foremost animating ingredient of life. “Most of the good people I know have either died, have AIDS, kidney problems or went crazy,” he had noted even before the operation.

But music is a powerful motivator even to a periodically reclusive soul in an age when popular tunes seem to be driving under a commercial cloud toward a technological cliff. Scientists have mapped areas of the brain responsive to music but missed still undefined dimensions of music which reach to our very core. It is an infectious presence in our life experience, best enjoyed live, which enriches us in elusive ways; ways we must not lose touch with because of social trends or its own business hurdles. It reaches us even walking alone in the woods, repetitiously folding laundry, pondering whether to vote for Goldman or Sachs this year or drifting off to sleep.

If you’re wondering whether to come out to the Rosendale Café to mingle with neighbors this Saturday night, remember that music helps protect us from the daily grind and directs us to essences which give a glow of inner meaning, if not always individual purpose in life. It can lift us in cascading times like the twists of the current era to actually make a kind of nonintellectual sense of being alive and taunt with hints of promise that we will somehow realize our own answers to the question “why?’