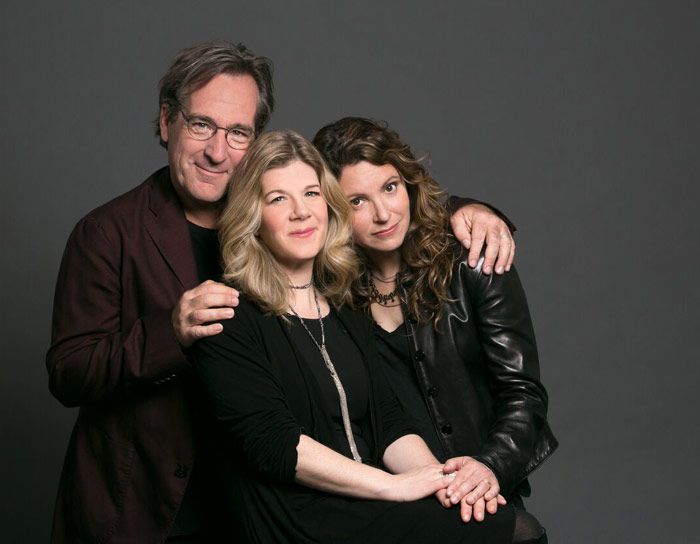 Acclaimed singer-songwriters Lucy Kaplansky, Richard Shindell and Dar Williams will reunite their celebrated folk-pop collaboration, Cry Cry Cry, on June 18th at the Clearwater Festival in Croton-on-Hudson, NY for their sole performance after 19 years.  The band made their debut in 1998 with a self-titled release followed by a nationwide tour the following year. A mainstay on radio during the late 1990s and early 2000s, the album ranked fourth among AAA radio stations most played records in 1999 and continued in high rotation well into the 2000s.

The Washington Post raved, “Cry Cry Cry illustrates the advantages of taking the best works of contemporary folk musicians and fleshing them out with lovely, three-part harmonies” and the New York Times cheered for the trio’s “gorgeous harmonies.” This June will mark the band’s first performance since their only tour in 1999.

Cry Cry Cry will perform selections from their eponymous debut, favorites from each of their individual discographies as well as some choice new-to-the-band tunes. The members of Cry Cry Cry are enthusiastic about returning to the stage together. Shindell said, “we were called back into existence by Clearwater. They floated the idea of a reunion and we thought, if not now then when?” Each has spoken about their belief in the power of songs and the power in singing in harmony. The timing seems particularly appropriate now. “We certainly did not expect to be reuniting at this unique moment in time, when people are coming together giving voice, partly through music, to what matters and to our collective values.” Kaplansky stated. Williams added, “When you have a musical bond, it's like siblings. You are always returning to that unspoken language and understanding. I love Richard’s and Lucy's voices more than ever.”