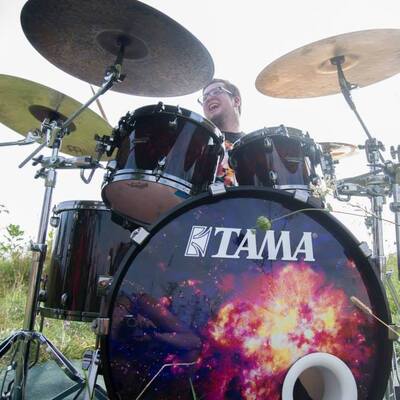 FOR ALL MUSICIANS, understand full complete rhythmic theory and take your ears to a whole new level.
beginner to advanced.
we can go over understanding rhythm deeper then 99.9% of teachers ever go to.
We can go over understanding ear training as taught to me by masters at Berklee college of music. Understand hearing melody, harmony, dense chord structures, scales. THIS HELPS A LOT WITH COMPOSITION as well as IMPROVISATION!

BIO AND BACKGROUND
Matt Bover is a versatile drummer. Originally From Saugerties NY, he won 2nd place at the 2015 New York State Championship Guitar Center “Drum-Off”. At the age 18, Matt moved to Barcelona, Spain to study jazz and flamenco styles at an internationally recognized music conservatory that partners with Berklee College of Music. At Barcelona’s Conservatori del Liceu, Matt not only maintained straight A’s in a heavy practice/ course schedule but was fortunate to play for one of Barcelona's biggest contemporary churches, the International Church of Barcelona (ICB). He met thousands of new people and musicians every week from around the globe. Matt lived, played, and recorded with many artists from all over Europe. In 2016, Matt returned to the United States and moved to Boston, Massachusetts. Matt continued his studied with Berklee and the college awarded him a 90% performance/ academic scholarship to their school. Since moving to Boston Matt has performed and recorded with people who are considered some of Berklee's best. Matt has composed and co-arranged a number of original pieces with various artists and ensembles. He has spent the majority of his time at Berklee seriously gigging with multiple groups around Boston and in 2018 Matt wrote a drumming instructional book called " Chops For The Modern Drummer" which has helped drummers all over the world achieve creative freedom behind the drums.
One of Matt Bover's greatest passions, besides performing, is teaching music and drums. Matt caters his lessons individually and in group settings to students of all ages and levels. He has a private and professional studio with high-quality equipment and can instructs lessons either in person or through Skype. Over the past few years, Matt has been blessed to have studied with many of today’s greatest drummers!
The Malcolm Gladwell theory suggests that at least 10,000 hours of doing something is required to become a master at it. Although Matt doesn't consider himself anywhere near a master of the drums, he has amassed himself in somewhere near 20,000 hours of practice. Matt spends anywhere from 6 - 14 hours each day perfecting and mastering the drums set and rhythm. He has absolutely no plan on stopping anytime soon!