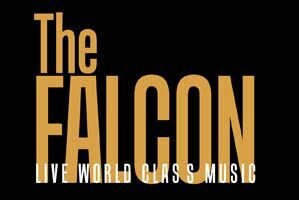 For nine years and nearly 300 performances, art & music promoter, Tony Falco, presented some of the most respected and creative artists working in music today, in what became a legendary private concert venue over the magnificent barn he’d built behind his home.

The Falcon welcomes everyone, with no cover charge, no minimum, no tickets. Those who can are encouraged to feed our donation box, a symbol of democracy in the arts. This fund goes directly to the performing musicians, demonstrating our respect & gratitude for their skill, contribution and livelihood.

More about The FALCON & The FALCON UNDERGROUND
Food: The Falcon's Menu celebrates the bounty of the Hudson Valley and our coastal neighbors EVERY performance night and at Sunday Brunch. Outdoor dining on our beautiful deck weather permitting.
Beverages: Full service bars.
Capacity: 150 +