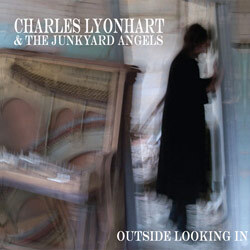 It Was Nice While It Lasted
Fly On Angel  It’s Over
Outside Looking In
Folk/Traditional, Contemporary
by Charles Lyonhart

The CD has 14 new Charles Lyonhart songs that show that Mr. Lyonhart is still very much in the game. His voice sounds stronger then ever. Charles wrote all the songs with the exceptions of "I Came Back" written especially for Charles, after his life saving surgery by his dear friend Lincoln Schleifer. The Royal Ball written for Charles by guitarist and multi player extraordinaire Chris Zaloom. There are three co-writes, two of them Orphan In A Storm and It Was Nice While It Lasted were written with Marty Kupersmith the founding member of Jay and The Americans. Ramble In The Pale Moonlight written with the Mighty George Quinn is dedicated to Levon Helm and his Midnight Ramble.

“Lyonhart's years building his craft are very apparent here, and he couldn't have assembled a better bunch of musicians with an uncanny chemistry for this cinematic journey.”
— David Malachowski,
The Kingston Freeman

“Charles Lyonhart is well acquainted with hard times and knows how to turn pain into art. On this record he explores the dark places visited confronting his own mortality, ...but also celebrates finding love...”
— Kay Cordtz,
Elmore Magazine

How to buy Outside Looking In