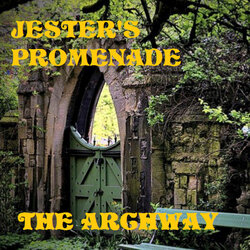 FROM THE ASHES OF THE PAST Joel Pirard , ( ex-Avalon USA, ex-Orion) Vocals, Keys John Curtin, ( ex-Avalon USA, ex-Orion) Guitars, Bass Bruce Henninger, ( ex- Avalon USA) Drums, Percussion
"John approached me about doing a project and we agreed to. We never started for almost 5 years! Finally after a lot of personal stuff was resolved we were free to do it and asked Bruce to be in on it. We had hoped to have other musicians on different tracks as guests but there was always an obstacle. Eventually it fell to me to sing, even though that was never the plan, though I had sung on all the demos. I have never really looked at myself as a lead vocalist, in a prog band especially , as I usually had too much to do as a keys player. But since this was a studio project I did it, to the best of my efforts. I have a whole new respect for singers! this really was a labor of love. The music as always brought us together, but we have all remained friends for all this time, going back to the 70s-80s. I hope that shines through somehow as well!" JOEL PIRARD

How to buy The Archway