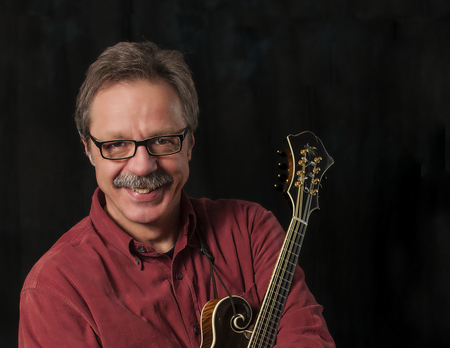 Somewhere beyond or behind all musical borders lies a creative terrain where bluegrass, jazz, Latin, classical, pop, and other various world musics mingle, played by musicians who care more for inspiration than they do for genre. This is the musical place that Wayne Fugate calls home. Wayne is one of the New York area's most versatile acoustic musicians. Accomplished in many musical genres, he is able to swing gracefully from jazz to classical to bluegrass to jazz and Latin styles. His playing combines emotion and intellect with technical precision. Wayne puts his own imaginative stamp on everything he plays, yet the respect he has for tradition is readily apparent in his playing.

Wayne has performed on two continents at noteworthy venues that include Carnegie Hall's Isaac Stern Auditorium and Weill Recital Hall, Symphony Space, The Cort Theater, The Great Hall at Edinburgh Castle, West Point, SPAC and The Levitt Pavilion for the Performing Arts. He can be heard on the soundtracks of Emmy nominated film "Home" and Louis B. Mayer award-winning short film, "Respects". He was also heard (and seen) on Broadway playing mandolin and guitar on Steve Martin and Edie Brikell's five-time Tony-nominated musical "Bright Star" and subsequently, played the entire run of the show's First National Tour.

Make your next event stand out by offering your guests or patrons music that is unique in character and style, performed by a musician at the top of his game! Critics and fans alike seem to appreciate Wayne's performances for their humor, warmth, and mercurial dazzle. His various ensembles are polished, never less than musically captivating and directly involve the audience in the thrill of musical discovery.