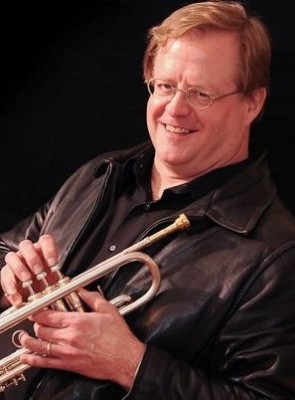 A professional jazz musician for over fifty-five years, Matt plays flugelhorn, trumpet, flute, soprano sax and vibes. He performed for many years with Grammy-winning baritone saxophonist Nick Brignola and studied composition with Edgar Curtis, Director of the Albany Symphony Orchestra.

A long-time member of American Federation of Musicians Local 238, Matt is a retired professor of computer information systems and was academic dean at Dutchess Community College in Poughkeepsie, New York. For many years, Matt accomplished his goal of learning to play a new instrument every year to improve his composing and arranging abilities. Not only a multi-instrumentalist, he is in demand as a composer, arranger, sound engineer and recording sideman.

He is featured on ten CDs released since 2006. In 2013, Matt orchestrated and performed four of his Brazilian jazz compositions in concert with the Northern Dutchess Symphony Orchestra.

► "Matt's execution is virtually flawless; he smokes on every tune." - WWW.VINILEMANIA.NET

► "Brazilian Wish showcases thirteen of the hippest Brazilian jazz performers in the world. Silky smooth grooves are expertly crafted and easy on the soul. This disc never takes its eyes off its roots, and is a hybrid of Brazilian sonic structures under sleek, melodic American style jazz." - J. Spica, Chronogram and WVKR Radio