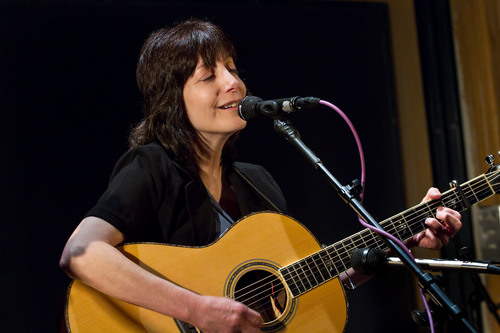 "Lucky Stars" Loretta's 4th CD, brings Loretta's journey full circle, when faced with the heartache of illness, death, and going on without loved ones so cherished. She finds solace in the promise of new beginnings, love, and the inherent knowledge that our Lucky Stars are watching over us.

"This effort [Mud and Stone] is first class, top tier, a true contender as an artist to reckon with."  John Apice ~ No Depression

Following her critically acclaimed CD Something More, co-produced by Pat McInerney (Nanci Griffith), Hagen released Sundown Till Dawn, a CD that garnered rave reviews and radio play across the country.

Sundown Till Dawn is extremely personal, with the title track written about her mother who suffered with Alzheimer’s disease. Loretta’s Mom passed away peacefully at her home. The emotionally charged ballad is included on the soundtrack of a film called “10 Mountains 10 Years” chronicling the journey of a group of mountain climbers who are raising awareness about the disease.

Loretta has performed at premiere venues across the Northeast and Nashville, sharing the stage with Pete Seeger, Roger McGuinn, Sloan Wainwright, Steve Forbert, Richie Havens, Kim Richey and Marshall Crenshaw among many others.

"Award-Winning New Jersey Folk Singer Always Shined -- Now She Sparkles"   Lucky Stars - "Loretta is in fine voice – probably the best of her career. The tonality is angelic yet possesses strength. Inspiring and beautiful. These songs resonate, and the guitar-work continues to be superlative. Loretta’s album attempts to be a positive message despite the difficulties many face daily.  Loretta has a definite talent for well-decorated lyrics tied with meaning."  No Depression

“Loretta's manner and voice are imbued with such quiet, unassuming grace that you don't realize at first that she has completely stolen your heart! ” — Laura Foord, Heights House Concerts

"Loretta Hagen is back with Lucky Stars… a very nicely produced recording featuring eleven thoughtful and reflective songs by Loretta, that are beautifully sung with lovely accompaniment. Definitely worth checking out." Jan Hall, Folk Roots Radio with Jan Hall