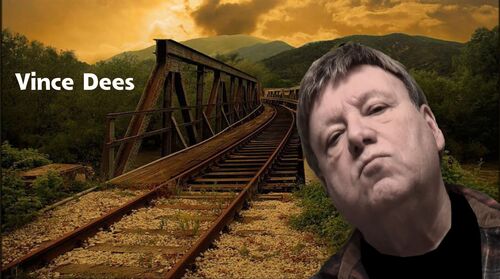 THE BOXCAR KINGS  ... is a Band performing Singer-Songwriter, Americana, and Country music.

The Boxcar Kings began back in 1967 as The Dreamland Choo Choo with Bob Prewitt and Vince DeLuce being two of the original five members. They were an eclectic, electric Jug/Goodtime band. They could be grouped in with bands such as The Lovin' Spoonful, Sopwith Camel, The Nitty Gritty Dirt Band to name just a few. They did original material but the lion's share back then was reworked ragtime, jug band and country tunes. Today they have mostly original tunes (written by Vince) to offer. The band is comprised of Bob Prewitt, Vince DeLuce and Mike Bart with occasional guest players included. Bob used to own a recording studio in the West Village that lists John Lennon as one of its clients. Vince was a member of early (Jersey) Indie duo, MIXED ITEMS. DCC used to open for the likes of CIRCUS MAXIMUS, THE HELLO PEOPLE, JERRY JEFF WALKER, ERIC ANDERSEN, TOM PAXTON, to name just a few, at such clubs as THE CAFE WHA?, THE GASLIGHT, THE BITTER END/OTHER END and UNCLE LULU'S. Mike Bart was a bass player for such bands as The Gallagher Brothers, The Bruce Carroll Band and Country Porn among others. Country Porn were signed to Penthouse Records. THE BOXCAR KINGS are true to their roots to this very day. They do present mostly original material these days but do a hefty dose of classic country/blues tunes as well. They have kept to the true nature of the music they love and it reflects in their performances. Cheers.