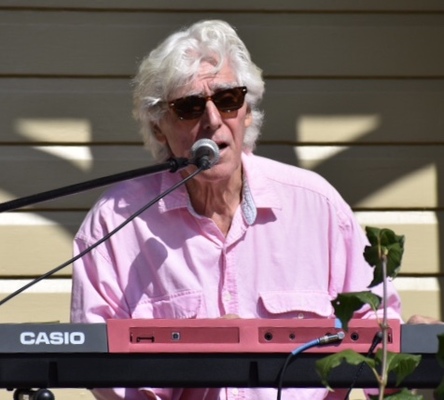 Pete is a former cast member of the original Broadway, National and London productions of Beatlemania, in which he portrayed George Harrison" He has toured with the National & European companies of the musical Godspell and can be seen in such films as Goodfellas, Prizzi's Honor and Godfather 3. He has also appeared on TV in many episodes of the original "Law and Order".

Born in the North Bronx and now a resident of Kingston, NY., he has performed on stage locally in The Mousetrap, 42nd Street, and Frankie and Johnny in the Cler De Lune. Pete has also Produced, Directed and Hosted "Hudson Valley TalentVision" (HVTV), which aired on Woodstock/Kingston PATV, for 8 years, showcasing many great local and National Artists. He also hosted the first two years of the Woodstock Film Festival's Seminars series at the legendary QUtopia Studio in Bearsville, NY. Pete's original music is influenced by the many artists of classic R&R, R&B & Country. Check out selections from his CD's "WWW.ebsters", "You Were A Friend To Me" and "RePete" as well as pics, video and performance schedules at "petesantora.com". Thanks for visiting us here. PS

Videos
You Don't Have To Go Home


There Goes My Heart Again