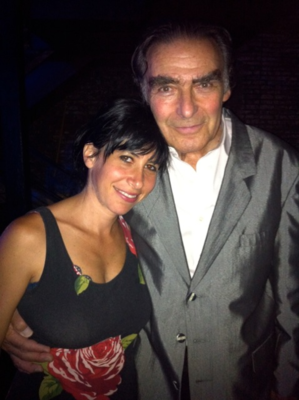 BRUTE FORCE Stephen Friedland, is the man behind his trademark, Brute Force. He has garnered celebrity and the praise of Beatles, George Harrison and John Lennon, who released the legendary Brute Force/King of Fuh on Apple Records, 50 yrs ago in 1969. https://www.youtube.com/watch?v=5S80fSH0V9c EMI/Capitol would not distribute the 45, censoring Brute, and making him the rarest Apple artist. One 45 has sold for about 8K on eBay. Now he is on Come and Get It, The Best of Apple, sharing space with James Taylor, Mary Hopkin and Billy Preston and on I, Brute Force, Confections of Love, a Bar/None CD.

The HBO Martin Scorsese documentary, George Harrison Living in the Material World includes a diary entry by George in which he mentions Brute, and working on King of Fuh.

He’s portrayed a senior citizen resident in The Irishman, the Hare Krishna adherent in Ghostbusters 1, and as a drunk in Sea of Love. He has appeared in Law and Order, and Birdman. Over the years he has appeared on various TV talk shows, starting with The Merv Griffin Show.

He has hosted the open mic nite at The Players, Gramercy Park NYC, and has performed in comedy club, concert, and festival venues ( SxSW, Truck, Starlight Music Festival DUMBO Arts Festival,) with his daughter, Lilah, (Daughter of Force),& in UK.

Sept, 2015 Brute Force plays The Director in the Grammy winning Enrique Iglesias/Nicky Jam music video http://youtu.be/oOyx3yFANXA A 12 pg. section of A Is For Apple, Vol.2, about Brute, is published in 2017.( Apcor). 2018; Appearing on Night Flight on IFC. http://nightflight.com/who-is-this-fuh-king-guy-stephen-friedland-brute-force-on-night-flights-comedy-cuts/#disqus_thread

Fall 2018-Apcor(Munich) releases a Brute Force vinyl 45. I Love You So Muchism