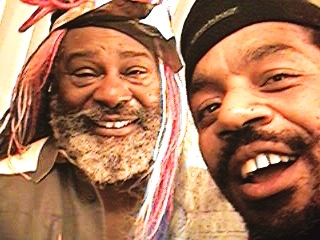 The 420 Funk Mob is Parliament/Funkadelic front ma/producer/singer Mike Clip Payne's off days project that features current and former members of P-Funk and some all star touring national musicians. Like the name implies the 420FM is a Mob. You never know who may be in the band or just what they might play. The band has been everything from a 6 piece Psychedelic Rock n Funk power band to a 23 piece Funkestra with strings and horns. Past band line ups have included members of P-Funk, Bowie, Bootsy’s Rubber Band, Amy Winehouse, Lenny Kravitz, Lynyrd Skynyrd,3, Toshi Reagan to name a few. On special occasions the 420 Funk Mob has been joined by Icons like George Clinton or Rock N Roll Royalty like Fred Wesley of the JB’s, Dr Know and Daryl Jenifer of Bad Brains, Leo Nocentelli of the Meters. Off the street “Sit in where you fit in” guests include Stanley Jordan, DJ Logic, Bernie Worrell, and members of EOTO.

You can see P-Funk almost every month somewhere in the United States, Europe or Asia. They are almost always on the road. That makes any time Clip get’s the 420 Funk Mob together a special event. It’s been like that since the beginning. 420FM’s first show sold out the legendary TRAMPS in New York City in 1997. Their first European appearance was simulcast on TV and Radio for the 25th anniversary of Spanish Radio 3. 420FM has been featured on the Daily Show with Jon Stewart, showcased at CMJ and in 2006 they were the first band to play live on Sirius Satellite Radio’s first day of web casting. The 420 Funk Mob has also been the ESPN Tailgate Party Band at the Super Bowl 39. In 2011 the band was High Times Magazine’s Choice to headline the first Medical Cannabis Cup in America. The band has headlined festivals and clubs across the United States and Europe. They can currently be seen closing out the P-Funk shows when George leaves.